Skip to content
Home > Research > A phone call changes everything

A phone call changes everything

My mother-in-law Sharon passed away on Valentine’s Day of 2012. A few days later, while still mourning the loss of her mother, Lauren noticed a voice mail on her phone. She set her phone down on the end table and walked slowly into the kitchen. A few seconds later I heard the unmistakeable pop of a cork, followed by a few healthy glugs being poured. She emerged from the kitchen carrying one of our oversized wine glasses filled more than halfway with a dark red. She sat down at the end of the couch opposite me and picked up her phone. She fumbled with her phone, using her one free hand to retrieve the voice mail. As she settled into the couch and took a sip of her wine, she pressed play. I watched her face. Her brows furrowed and she looked directly into my eyes. She looked helpless. I said “what is it?”, half expecting to hear that something had happened to another family member. She shook her head and stared past me.

“A phone call?”, he asked with his head cocked to the left against the doorframe. “Who is calling you here?”. But she just turned her back on him and walked down the hallway, as the decorative lights formed multiple shadows that took turns elegantly strolling along side of her. He knew that his new wife was enigmatic, but that did not deter him. He started to walk after her, when a hand reached out and grabbed his arm.

“Lauren, who was it?”, I was starting to get nervous. “I don’t know. She said she was my aunt, but that doesn’t make any sense. She said she is my father’s sister, but I know that can’t be.” We looked at each other as my own brows furrowed to match hers. It certainly did not seem plausible to me either. A woman, claiming to be her dad’s sister was calling with condolences on her mom’s passing. “You going to call her back?” I asked, with a sudden surge of curiosity. She gave me what started as a shrug and slowly morphed into a nod.

He was stuck in a conversation with a friend from school. Still, he could see her across the room where the phone was sitting on the desk. She picked up the receiver. He watched her nod, as if the person on the other end could hear a nod. Damn, his friend was still talking and he just did not care. He wanted to get over to his wife. Was she in trouble? He still could not wrap his head around her receiving a phone call at this party. What kind of sense did that make?

Lauren heard a voice on the other end of the line. She greeted her and smiled. Her voice was pleasant enough and she sounded sincere. She said she was her Aunt Geri, but had been confused when she left the message. She wasn’t Lauren’s dad’s sister. She was actually Sharon’s father’s sister. Lauren had never even heard of her. Sharon had never told her anything about this side of the family.

This phone call with Aunt Geri occurred more than five years ago. This weekend, Lauren and I are traveling to Utah to meet Aunt Geri. I can’t wait for the stories she has to tell. 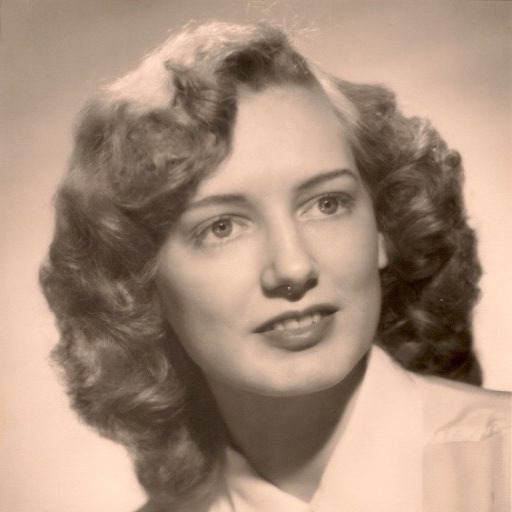